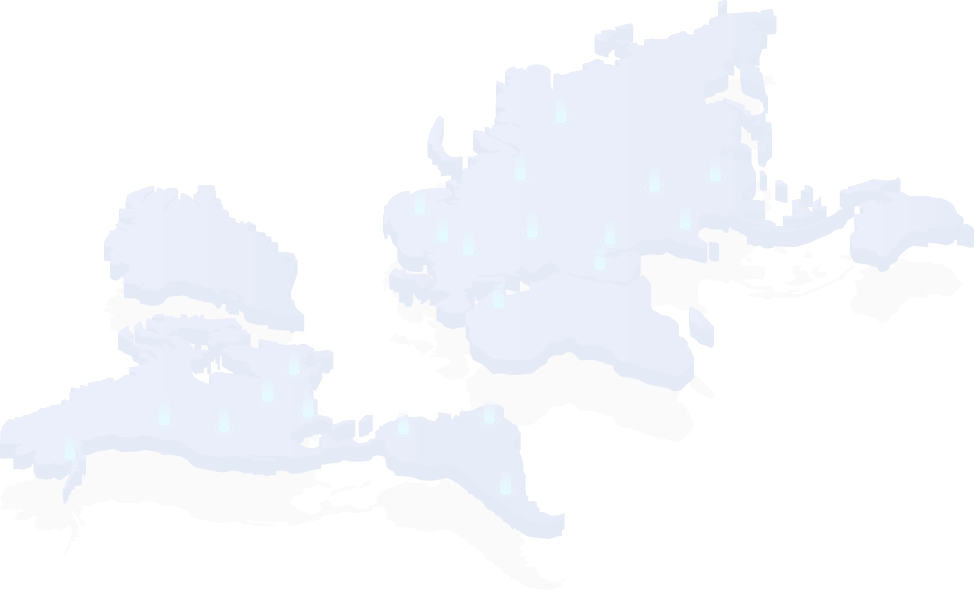 MiniGOs are next-gen autonomous marketplaces: we provide AI and IoT retail space for the region's strongest brands in physical locations.

Instead of buying and reselling the products like a traditional supermarket, our stores allow brands to directly sell to the consumer, cutting the middle man, driving up revenue and improving brand loyalty.

Our revolutionary business model connects brands and Consumers like never seen before in cutting-edge stores powered with our Grab and Walk Out technology.
Consumers just enter the store, grab what they want and leave!

Do not miss out! Our token holders get monthly payments backed up by a Real bussiness's income. 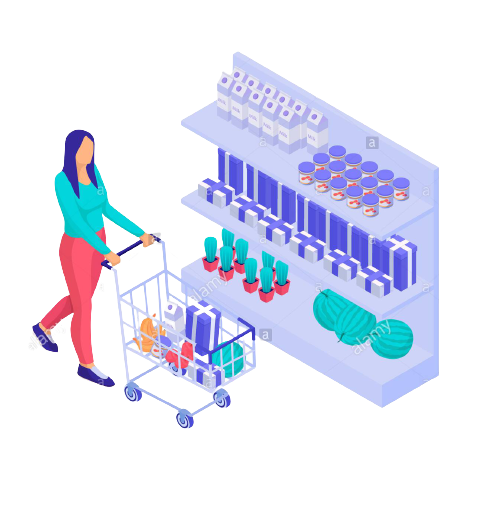 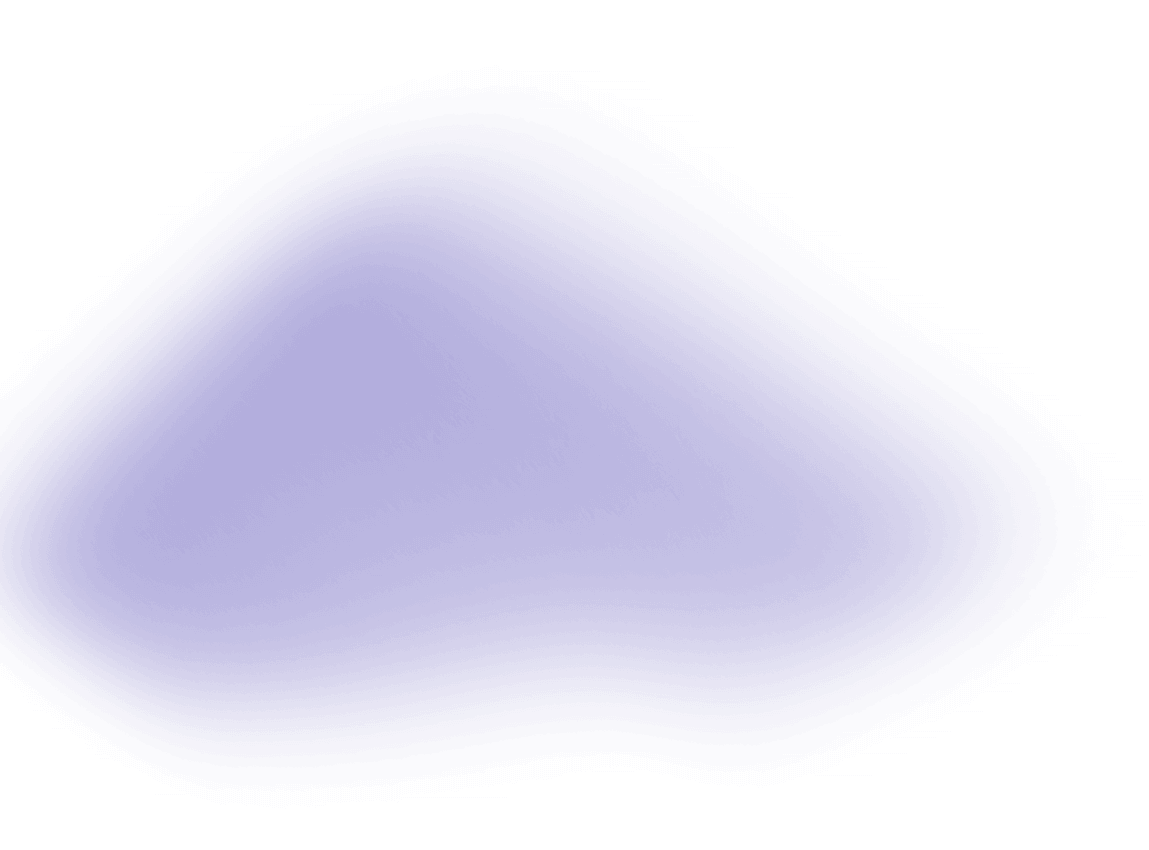 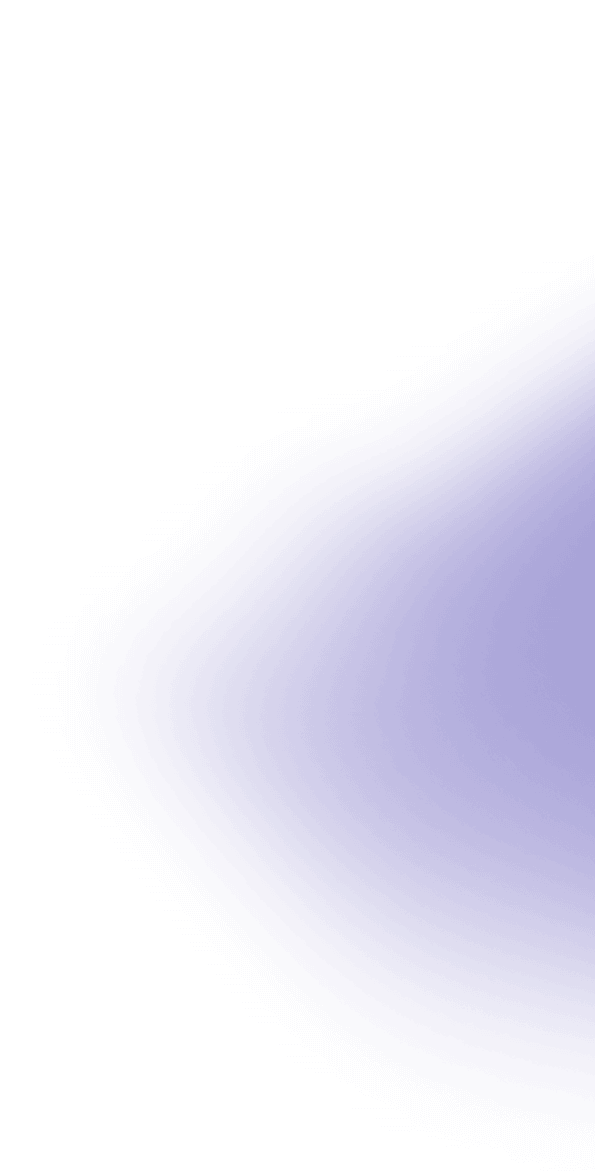 How do you get revenue?

Invest and get monthly yields from autonomous supermarkets
Be more than a customer, get a slice of the pie.

4% (for the first 5 years; 2% after) of total store revenue per month is for token holders

We swap them for USDC Tokens

Regardless of what the country's currency is, you will get USDC stablecoin every month.

We distribute across holders

For every token you own you will get dividends, the more you own, the more you receive. You can trade or sell your tokens at any time, they are yours! 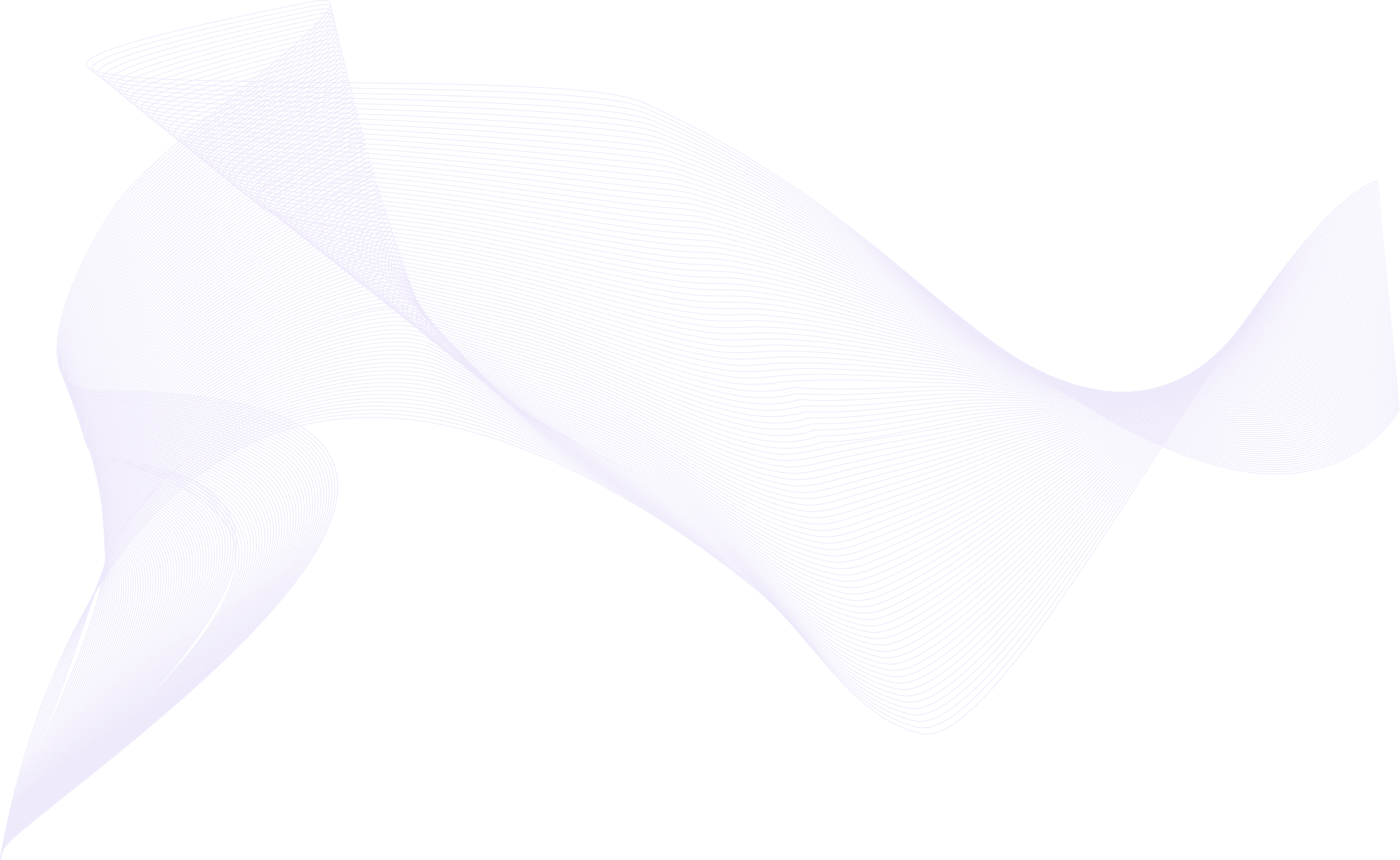 Be part of the future 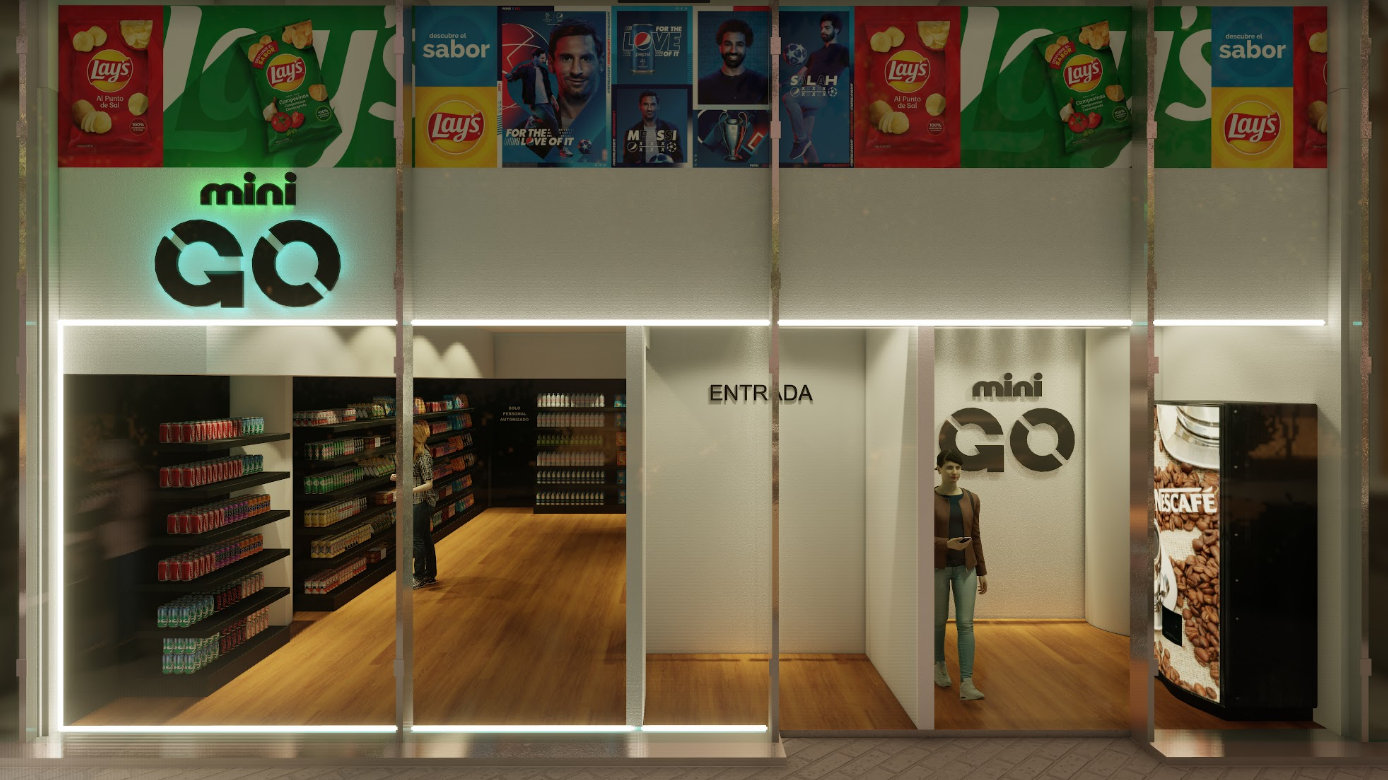 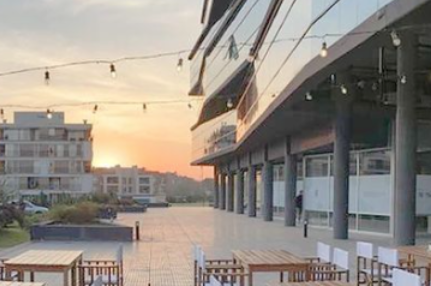 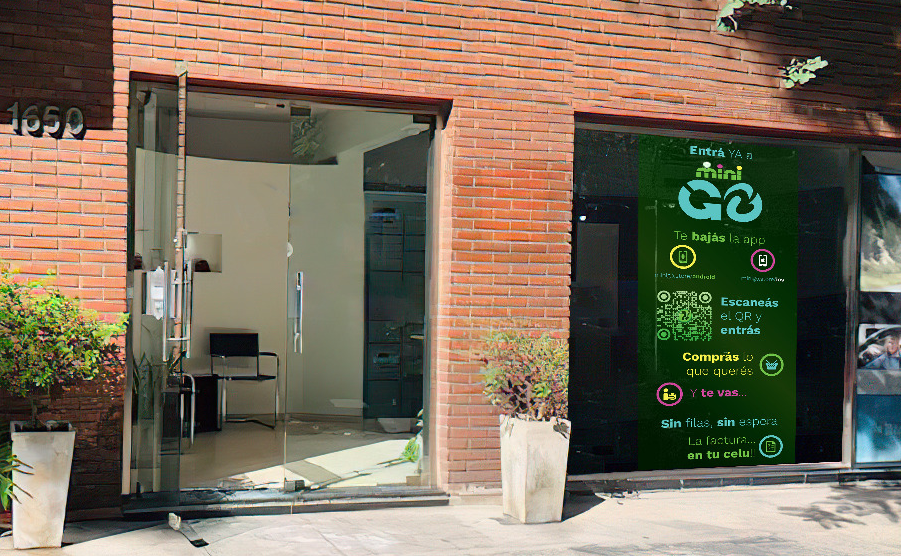 What is a MiniGO token?

A MiniGO Token is a digital asset that any person or company can own and represents a revenue participation certificate.
What makes MiniGO Token unique is that holders collect revenue from MiniGO stores.
In terms of accountability, MiniGO Tokens are intangible assets that profit from a specific MiniGO Store revenue. In legal terms, this model is known as usufruct.
Every month we calculate the store's revenue and distribute 4%* of it to holders. The payout is done in fiat currency tokens as USDC.
A total of 10000 tokens are created per store. and each one grant to holder the participation right to collect 4% of monthly revenue according to the quantity of tokens owned
You can own as many tokens of any store you want, thus getting dividends from a real business every month.
Don't miss your chance to get into an innovative business model. Get MiniGO Tokens today!

Who can invest in MiniGO Tokens?

MiniGO Token is available for almost everyone to invest in.
All citizens of European and North and South American countries, and most of Asian countries, can sign up and invest with us.
The only countries that MinIGOToken does NOT work with are the following:
Afghanistan
Belarus
Burma
Central African Republic
Cuba
Democratic Republic of Congo
Iran
Iraq
Lebanon
Libya
Mali
Nicaragua
North Korea
Somalia
South Sudan
Sudan
Syria
Venezuela
Yemen
Zimbabwe

Why are FMCG Retail investments such worthy opportunities?

FMCG has been a cornerstone of building wealth since the early 1960s with global companies like Wal-Mart, Carrefour and DIA.
With the birth of the Internet, Retail began a huge transformation process, and Retail 2.0 sprang to life.
In this revolution information about consumers purchase habits appeared, opening the door for smart applications or Big data.
What didn't change in Retail 2.0?
Despite technological leaps, wealthy players with assets to buy and open supermarkets have always been the same.
In the second decade of the 21st century, MiniGO is disrupting the status quo with the birth of Retail 3.0.
Retail 3.0 is driven by 4 factors: FMCG Brands with D2C strategies, Artificial Intelligence, Blockchain and IoT.

Why Fractional Ownership and how does it play with Retail?

How to buy and hold MiniGO Tokens?

MiniGO makes it easy for everyone. Just prove your ID, inform your USDC address to receive your revenue fraction every month. So your account is active, and you can browse to buy MiniGO tokens at any available location paying with a credit card, debit card or Cryptocurrency.
Then add MiniGO Tokens to your preferred wallet. You can buy just one MiniGO token or large quantities to own a MinIGO store.

Can I sell my MiniGO Tokens?

You own your tokens. Feel free to transfer, gift, trade or hold them. This is enabled and backed by a blockchain system and exchanged along with a distributed ledger technology.

Do I need to get involved in the MinIGO Store daily activities as MiniGO Token Owner?

No, GO2FUTURE manages each MiniGO Store.
Our collaborators have years of experience and skills in retail, management and FMCG business.
Our team manages each MiniGO to get the highest revenue on the owner's behalf.
We deal with store management, reception of goods, placement and replacement on shelves, customer service, negotiation with the Vendors and store maintenance, so the owners don't have to.

What means to own a MiniGO Token?

Each MiniGO Store is distributed across a finite number of 10.000 representative tokens. It means 10,000 fractions represent the total value of a MiniGO Store. Based on token share, owners can collect 4% of total revenue.
Fractional ownership democratizes access to invest in Retail business, and therefore distributes and minimizes the risks and labor involved with owning a whole Store. And MiniGOToken makes it even simpler.
With blockchain, you will receive the payment using a US-Dollar stablecoin, sent to your USDC wallet.

How to know the Revenue of the MiniGO Store I own token?

You have real-time access to check revenue per day, month, category of products and see the money you are collecting.

How often is distributed the incomes of my MiniGO Token?

Every 1st day of the month you are going to receive your income in USDC according with the money your tokens collected in the previous month.

Get in touch with us

Artificial based on the neural network, the NRM assistant will instantly analyze user data use.

MiniGO 0001 is located in a new luxury Building of Palermo District. MiniGO´s exclusive rights to sell FMCG in this building. No one supermarket in the surroundings. First Smart and Autonomous Store in Argentina"

- Exclusivity Deal (No other stores can be in this location)

- On the go picking for drivers

MiniGO 0002 is located in a new luxury village Ayres Vila in Pilar City. MiniGO´s exclusive rights to sell FMCG in this Village. No one supermarket in the surroundings. Second Smart and Autonomous Store in Argentina

- On the go picking for drivers

MiniGO 003 is located in Ezeiza´s International Airport, Without any supermarket in the surroundings. We deliver a new experience for the 25,000 employees every day who stay more than 8 hours working. An average of 1 million passengers will have the opportunity to access a grocery before they fly or do the supermarket order before going home.

- On the go picking for drivers arriving or departing